Although this business now has the name Aloe Malvern, its origins come from the business Armorel Productions which I founded in 1988 as a typesetting, design and print company using the then new desktop publishing (dtp).

The name ‘Armorel’ was brought to my father’s attention in the book “Appointment with Venus” by Jerrard Tickell, published by Hodder & Stoughton in 1951. It was made into a film in (also in 1951) starring David Niven. It is a wartime spy story set on the ‘fictional’ Channel island of Armorel.

"Take a perfectly adorable girl called Nicola, a more than gallant major, a sergeant of the Gordons, a drunken sailor man and a pacifist painter. Place on a tiny Channel Island with a pregnant but thoroughbred cow, kindly villagers and hostile German soldiers. Introduce a militant small boy with a toy pistol and keep sundry familiar Royal Navy and R.A.F. types in the offing. Hand the stirring implement to a queer but astute brigadier at the War Office and watch the whole mixture sizzle to a glorious climax."

My own research revealed that Armorel was probably the original, French, name for the island of Sark. There is also a town called Armorel (they call it a city, but it is very small) in Arkansas, Mississippi. The French connection for the name would be consistent as French colonialists settled this area of America.  When I set up the design and print business I named it Armorel Productions in memory of my father, who died in 1983. 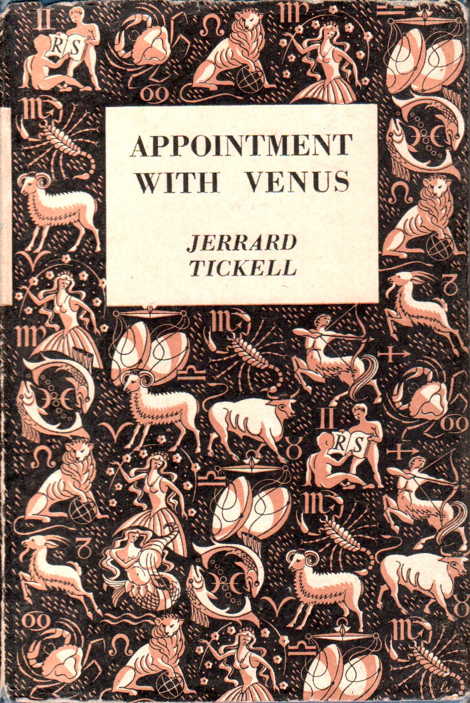